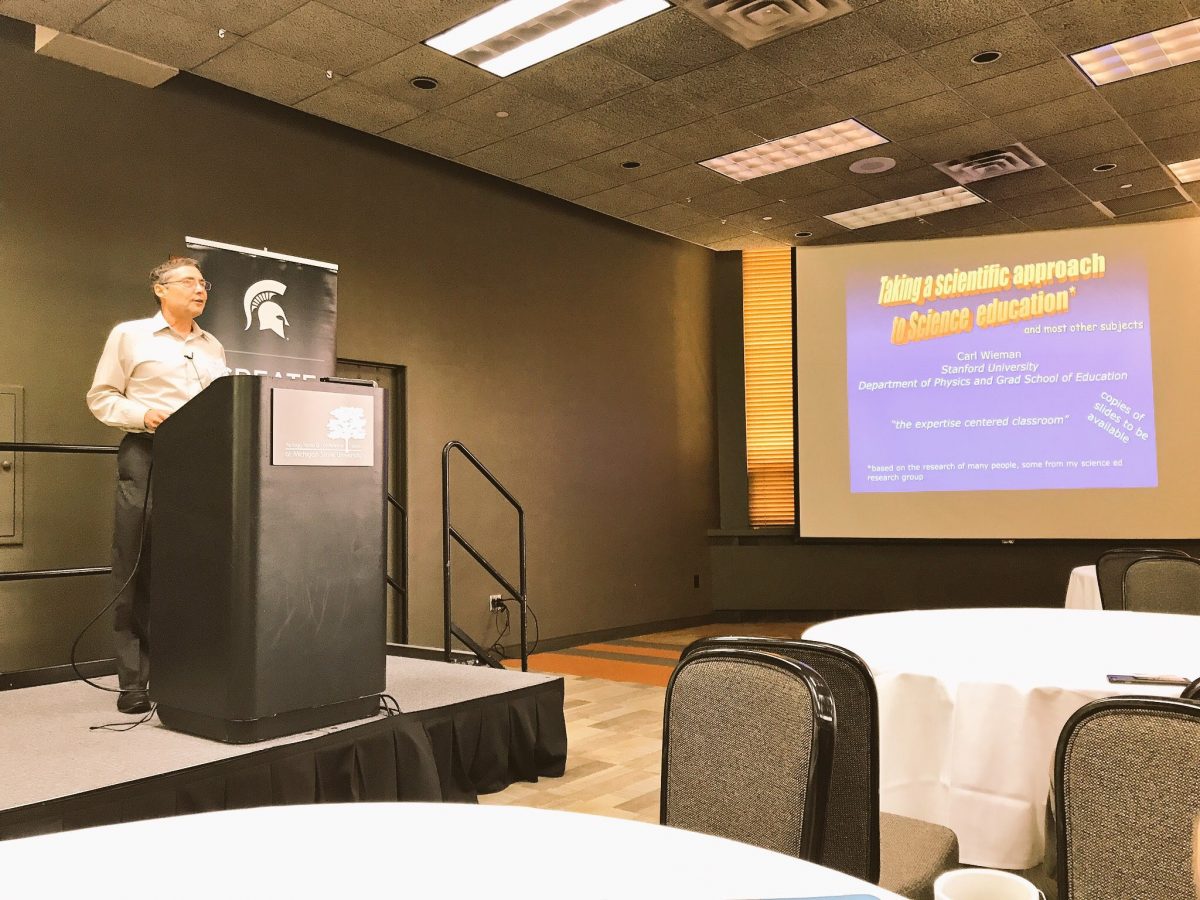 I have a habit of putting interesting events and talks coming up on my calendar and then forgetting about them until the day of. A few Fridays back (September 15th) was one of those days where not one, but two speaking events were on my calendar. It was a busy day, but I was glad I stuck with my plan to attend them both.

There are many of these kinds of events I attend that I will duck out of if nothing of importance is being discussed or happening and I will forget about them and get back to my work. This Friday was different. It was a bit of an anomaly of a day because it had two events I had previously signed up for. One was in the morning and the other in the afternoon which allowed me attend both. That itself was unique, but what was far more fascinating to me is that both of the events were so good that five minutes after they began, I started recording them on my phone knowing that there was rich content being shared that was worth pausing and reflecting on further.

The events were called: 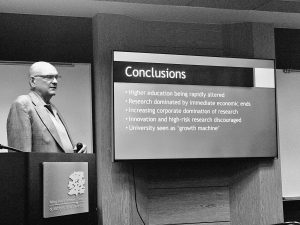 Friday morning I attended “Knowledge for Sale: The Neoliberal Takeover of Higher Education”. This was a talk given by Dr. Lawrence Busch who is a Distinguished Professor Emeritus in the Department of Sociology. In the talk, Dr. Busch discussed the contents and premise of his new book in this same title. Here, Busch espouses that higher education has been taken over by a newer pragmatic and market driven philosophy compared to its more historic roots in pursuing knowledge for its own sake.  As he spoke, I couldn’t help but make connections to so many instances and efforts globally in higher education and surrounding me in my own context here in Michigan. I wash shocked by the low number of attendees for this talk and wished as I was listening that the whole university was present. Instead, I decided to hit record about 5 minutes into the talk so that I could share it with others who I knew were interested in attending, but who were unable to (see the link below this section). I have added the book to my Amazon wish list and look forward to reading it this Fall. I’m sure it will continue to give me a lot to chew on related to some of the powerful and yet often invisible forces at work behind the scenes in higher education.

The talk was followed up by a couple of commenters who both reinforced some of the things Dr. Busch highlighted and embellished on them in their own experiences shared.  Dr. Alyssa Dunn from the Department of Teacher Education in MSU’s College of Education and Dr. Stephen Gasteyer from the Department of Sociology shared personal accounts of market-driven decisions being made by administrators that were directly effecting the lives and qualities of education they have given their life vocations to. I was particularly struck by the account Dr. Dunn shared of her own experiences at Emory University in Atlanta where entire departments that were reputable for their excellence were eliminated for claimed monetary reasons by administration. These departments included the education program where she earned her masters and doctorate. They also included spanish, liberal arts, and ethnic studies staffed mostly by people of color. Administration further claimed that these programs were not relevant for 21st century education. You can’t make this shit up. 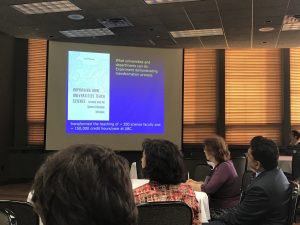 Later in the afternoon, I walked over in very hot weather for Michigan to the Kellog Hotel and Conference Center to hear Carl Wieman speak. Dr. Wieman was the 2001 Nobel Prize winner in Physics and has done extensive experimental research in atomic and optical physics. What I was more interested in hearing from him on was with his more recent intellectual focus which is on undergraduate physics and science education. Here, he has been a pioneer for the use of experimental techniques for evaluating the effectiveness for particular teaching strategies in the STEM fields. Among other accomplishments, Carl also recently served as the Associate Director for Science in the White House Office of Science and Technology.

Dr. Wieman spoke on “Taking a scientific approach to the learning and teaching of science.” The focus of his work draws on research on how people learn informing more effective ways to learn, teach, and evaluate learning than what is in use in the traditional college class. He shared his slides freely where he points to examples of some of his work with places such as MSU, U. Cal. San Diago, Univ. of British Columbia, Stanford and others. He pointed to a meta analysis of approximately 1,000 research studies from undergraduate science and engineering classrooms comparing traditional lecture with “scientific teaching” approaches. He went on to explain that the more scientific approaches to teaching consistently demonstrate greater learning outcomes, lower failure rates, and how these benefits extend to all, but most notably to at-risk students. None of these findings were surprising to me in any way, still it is always helpful to have people in the room who are hopefully being persuaded of these things further by evidence.

What about you? Have you attended any meaningful talks or workshops lately? Please share your reflections as a follow-up here. I believe that good things were always meant to be shared.

This site uses Akismet to reduce spam. Learn how your comment data is processed.