A tool I found for writing out equations and getting results.

I want to share this tool I came across the other day that allows you to write out your math equations, calculations, or chemical formulas and instantly get the MathML, LaTex, WolframAlpha, or SymbolTree goods translated.

I haven’t yet tried it to see how it works on an iPad, but it seems like it would really be a nice tool for STEM faculty who use tablets? Thoughts?

Here it is. It is the tool on the lower left called “Web Equation”.

Google, are you losing me?

In the past couple weeks, I learned that Google Reader is going away and nearly cried.

After pulling myself together, I discovered that Feedly has been so much better all along and I have actually been missing out on an even better blog connection experience.

Today, I learned about Google Keep which really peaked my interest due to my near obsession with task lists. I am sorry to report that I am currently not impressed. No reordering? No connection to google calendar? Tasks don’t disappear when checked off? The search doesn’t seem to work? How was this even released without things like this addressed?

Google, are you losing me?

This is a song I wrote to any preacher of the status quo or of a viewpoint that is closed minded & ignorant. It is a call to a better voice.

This is a song I wrote to any preacher of the status quo or of a viewpoint that is closed minded & ignorant. It is a call to a better use of their voice.

Randy, here is to you and this new season you enter into. Thanks for everything. I look forward to staying connected and continually learning from you.

Randy Meredith is the director of the Office of Academic Technology at Spring Arbor University. This Friday is his last day. He was one of the best bosses I have ever had. 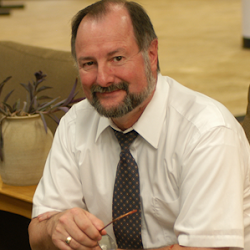 I probably wouldn’t be in the field of instructional design without his kind mentorship and guidance. His friendship and leadership has been a blessing and he will be missed dearly, I know.

Today, the OAT team invited me to join them for a going away lunch where we were able to honor him before he moves south with his wife closer to family. It was good to see some of the team again and I am glad I was able to attend.

Randy, here is to you and this new season you enter into. Thanks for everything. I look forward to staying connected and continually learning from you.

I used to scoff at those who I deemed utterly dependant on air conditioning.

Consider this a confession and an anonymous apology to the general public. I now count myself among you and I judge you no longer.

Of course, it is funny, isn’t it, that we so look forward to it in the blisteringly cold winter?

In either case, I am grateful for heat and air conditioning.

This morning, I just had to laugh.

You see, as I pulled into the parking lot of Will’s House where I work, there were a few police officers waiting at the entrance who stopped me due to a much needed counter-protest down the street. The officers informed me that I couldn’t park there at the moment unless I was law enforcement or faculty.

As I explained to them that I worked there at Will’s House, I realized that I was driving our van which doesn’t have a Fac/Staff parking sticker on it making me look like a liar.

To my knowledge, this was the first time this had ever happened in our parking lot. It just so happened to fall on the very day I had to ride the van into work due to my car breaking down last week.

When my car broke down last Friday, it caused me to have to coordinate using the van instead as I was driving for a newly set up carpool to work with a coworker. This put Lindsay in a pickle because she had a doctor’s appointment to go to on Monday.

Unfortunately, due to an expedient rescheduling last week, that appointment wasn’t on our calendar. So, I thought I was in the clear to use the van. I was wrong.

I wasn’t able to get ahold of Lindsay on Friday to confirm it, though, because she was working an event all day. This caused a marital scuffle to ensue on Sunday, ironically right before entering the house of Shalom. I, as usual, was being hard-headed. We made up during the service that conveniently was on the topic of forgiveness.

Anyway, all that to say, try not to allow your car to break down, ok?

It makes things so much easier. It also makes your bank account $400 richer. I have grown to love Jackson dearly.

The other day, I was caught by surprise by a Jeopardy question highlighting this great city I have lived in for the past 6 years. These days, not many people refer to Jackson as the “Rose City”, at least in the circles I am a part of.

Regardless, it was fascinating to contemplate our city in light of such a positive image on a national stage. It often seems that we get regrettably associated just with housing the state prison.

But, this “Rose City” idea made me wonder.

Did my own great-grandfather play an unprecedented role in achieving such a reputation for our city?

You see, my great-grandfather retired years ago as the head gardener for our beloved Ella Sharp Park. This was the reason why my wife and I chose to get married there.

From the stories told to me by my grandmother it sounds like people would travel great distances from around the mid-west to see my great-grandfather’s extravagant gardens along with the acclaimed Cascade Falls.

You can see the pride in my grandmother’s eyes as she shared these stories with my wife and I.

I am told that in those days the gardens were apparently far more elaborate than they continue to be today. The Cascades had neither unsightly cement walls or entrance fees.

What will Jackson be known for to our great-grandchildren?
Will things improve for them?
Will they only hear stories of glory days?

Jacksonopolis is an significant experiment geared toward answering these questions with pride.

This article was written by David J. Goodrich who is a freelance writer for Jacksonopolis and has lived in Jackson since 2006 when he began teaching P.E., high school science, and then did instructional design at Spring Arbor University. He joined the Virtual University team at Michigan State in January of 2012 as an eProducer.

In his spare time, David teaches oceanography courses through Michigan Virtual University and enjoys being a musician, photographer, and blogging about pedagogical uses of technology. We don’t want the skills of the celebrity, we want the benefits. We worship celebrity, not excellence. Celebrity gives the illusion of deep connection. We equate reality through the sense of normalcy we develop from multimedia imagry. What is happening to us when we do this?

Celebrity association with massive scale human rights issues pulls us away from engaging and redeeming issues of human justice toward an idea of normalcy portrayed by the actor.

These things cause narcissistic behavior.

“When we do something selfish with the veneer of selflessness.”

“Awareness” is not the same as action.

It is not an argument that celebrity should not be doing this, but that we would do well to be aware of what is truly going on when they do.

Is greed that drives human trafficking the same motivation for those who stand against it?

If you engage with all issues around the globe, you will simply burn out and become cynical really quickly.

Awareness can result in paralysis. The goal should be to identify and respect the other as in the image of God.

No vengeance is allowed in our religion.

in love you know you love someone when you miss them when they are present because they are like a universe or a black hole of infinite proportions with more to discover.

the idol is what you don’t have and want and when you get it you realize it doesn’t satisfy.

in love you get what you want, but it only calls you to go deeper when you realize you can’t own it.

we are like ships sunken in the ocean. the ocean contains all of the ship, but the ship only contains a portion of the ocean.

i can say i love animals, but if i participate in a cruel dairy system of practices, then i don’t really love animals.

hitler was probably a lovely guy… his Facebook profile would have been very attractive. that is not the truth of his beliefs, it is hidden in his actions.

it is not about embracing cynicism or skepticism, it is about scrutinizing what we really believe.

admit our true selves in a community of grace that accepts you for who you are and mysteriously we begin to change and become more human (more like God’s image).

we need to become more human.